Are apprenticeships worth the investment?

A Case Western Reserve University Weatherhead School of Management professor was a key researcher and co-author for a U.S. Department of Commerce study that validates the value of apprenticeships in American business.

Susan Helper, the Frank Tracy Carlton Professor of Economics at Weatherhead School of Management, participated in a recently released report from the commerce department, titled “The Benefits and Costs of Apprenticeships: A Business Perspective.” Helper served as the department’s chief economist during 2013 to 2015, and as senior economist at the White House Council of Economic Advisors from 2012 to 2013.

The report, by Commerce’s Economics and Statistics Administration in partnership with Case Western Reserve, is among the first nationally to capture employers’ perspective on the value of the apprenticeship model.

Helper also wrote about the research on her commerce.gov blog.

The companies in the study found value in their respective apprenticeship programs and identified benefits that more than justified the costs and commitments they made to the apprentices. 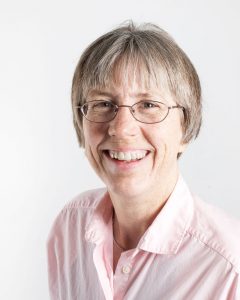 “I was honored to work with my former colleagues at the Department of Commerce Office of the Chief Economist on the report that Secretary Penny Pritzker released,” Helper said.

In 2014, while Helper was in her economics research role at Commerce, President Barack Obama set a goal to double the number of apprenticeships nationally to 750,000 by the end of 2018. According the new report, the half-million mark was passed this year.

However, the report noted, despite their increasing popularity and proven benefit to workers, apprenticeships are not fully understood in the United States, especially from the point of view of employers.

Helper said the report shows that companies may be missing an opportunity if the metrics they use don’t capture the full benefit of investing in apprentice workers.

These benefits lead to a potential win-win-win—for companies, workers and communities, helping them stay strong and to compete by providing innovation and good jobs, she said.

The role of apprentices and the amount a business invests in them varies widely, making measuring their return on investment difficult. Helper was part of a team that closely monitored the use of apprentices at 13 businesses and other organizations across occupations, industries and regions.  The study team analyzed how each company used its apprenticeship program.

This article was originally published Nov. 22.