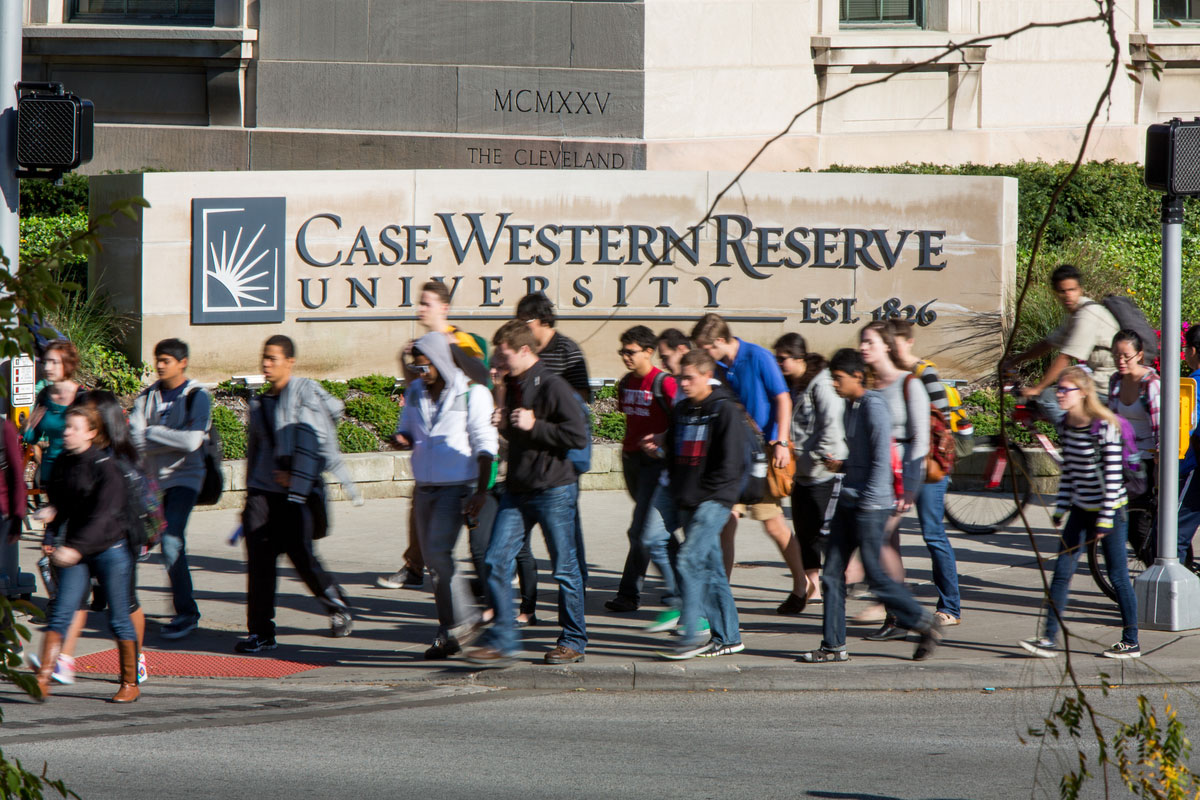 Case Western Reserve continued its surge in undergraduate applications this year as more than 21,600 students applied for admission to the Class of 2018. The total represents an 18 percent increase over last year—and a leap of nearly 200 percent since President Barbara R. Snyder arrived in 2007.

“This extraordinary growth is a testament to the exceptional work of our entire admissions team, the faculty and staff who so warmly welcome and encourage prospective students, and our current undergraduates themselves,” President Snyder said. “This university long has offered remarkable opportunities, and the world is starting to realize just how outstanding a Case Western Reserve education can be.”

Indeed, applications from outside the United States topped 3,900, an increase of 25 percent over 2013. Global engagement was a key priority of the university’s last strategic plan, and international enrollment has nearly quadrupled since 2007. Within this country, the New England region saw the greatest proportional increase in applications, at 27 percent. The West placed a close second, with 25 percent growth. Applications from within Ohio climbed just 6 percent. Since 2007 the proportion of students from this state has fallen from about half to just over a quarter of the entering class.

“Case Western Reserve long has been well known among students within our state,” Director of Undergraduate Admissions Bob McCullough explained. “In recent years our recognition has extended more broadly, attracting more top students from across the nation. When those young people return to their communities and talk about their experiences, word spreads—and applications increase.”

When it came to students’ academic interests, engineering saw the greatest proportional growth, with 27 percent more students indicating a preference for the subject than in 2013. Management had the second-highest growth, with a year-to-year jump of 25 percent. Also experiencing significant gains were the social sciences, at 16 percent, and the humanities, at 14 percent.

Since 2007 the university’s acceptance rate also has experienced significant change dropping nearly 33 percentage points between then and 2013, when the university admitted 41.9 percent of applicants. The size of this year’s applicant pool is likely to make admission even more competitive for 2014, but admissions officials are not yet speculating on a number. In fact, they are far more focused on making sure interested students learn all they can about the institution before making their college choices. Next month, the campus hosts a President’s Day Open House on Feb. 17, followed by a Theater Scholarship weekend Feb. 21-23 where students can learn about programs, see a student production and submit a portfolio or audition for the opportunity to secure a full-tuition scholarship.

The university will issue admissions decisions by March 20, and students have until May 1 to accept their offers.