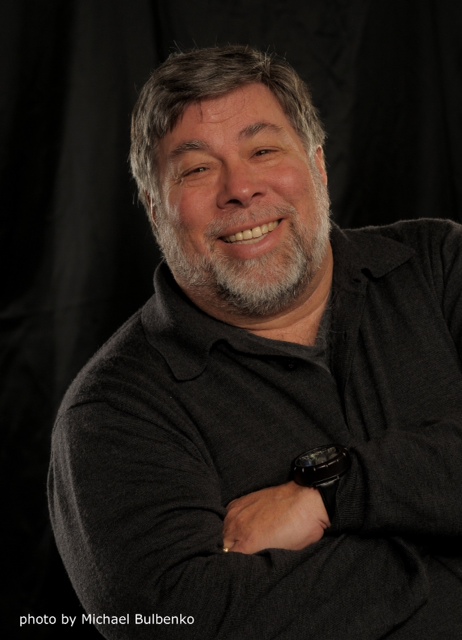 Apple co-founder Steve Wozniak will answer questions from the Case Western Reserve University community when he appears on campus this Saturday. “Creativity and Innovation: A Live Q&A with Steve Wozniak” will take place from 10:45 to 11:45 a.m. Saturday, Oct. 4, in the Kelvin and Eleanor Smith Foundation Grand Ballroom of the Tinkham Veale University Center.

A Silicon Valley icon and philanthropist for more than 30 years, Steve Wozniak has helped shape the computing industry with his design of Apple’s first line of products, the Apple I and II, and influenced the popular Macintosh. In 1976, Wozniak and Steve Jobs founded Apple Computer Inc., with Wozniak’s Apple I personal computer. The following year, he introduced his Apple II personal computer, featuring a central processing unit, a keyboard, color graphics, and a floppy disk drive. The Apple II was integral in launching the personal computer industry.

Wozniak serves as chief scientist for Fusion-IO and is a published author with the release of his New York Times best-selling autobiography, iWoz: From Computer Geek to Cult Icon, in September 2006. He has appeared on such television shows as “Kathy Griffin: My Life on the D-List,” ABC’s “Dancing with the Stars” and “The Big Bang Theory.”

Tickets for “Creativity and Innovation: A Live Q&A with Steve Wozniak” are free, but limited. Members of the Case Western Reserve community must reserve tickets online. Attendees will need to show a Case Western Reserve ID that matches the name on the ticket for admission. Doors will open at 10 a.m.