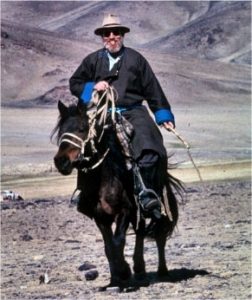 Melvyn C. Goldstein, the J.R. Harkness Professor in Anthropology and co-director of the Center for Research on Tibet, participated in a Roundtable Panel in his honor on March 16, titled, “A Quarter Century of Fieldwork in Tibet: A Panel in Honor of Melvyn Goldstein.”