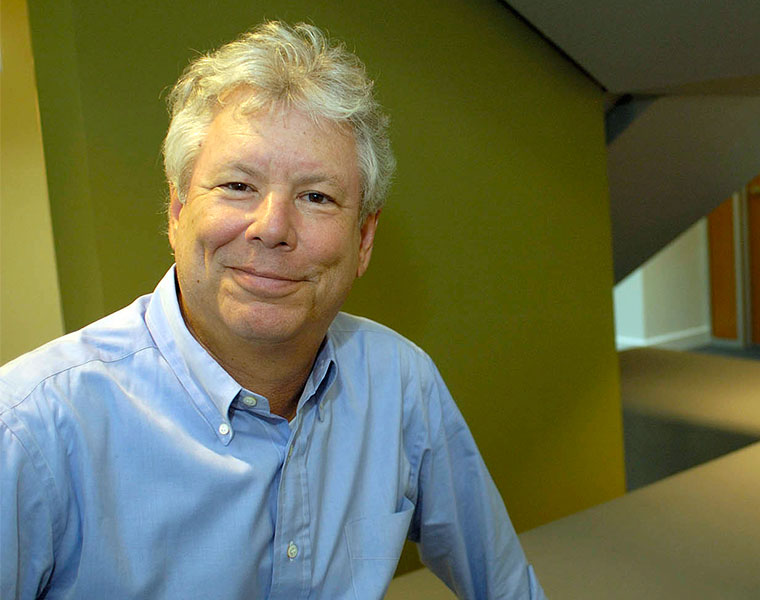 Thaler, a professor of economics and behavioral science at the University of Chicago since 1995, is known for emphasizing the role of psychology in economic decisions. Rather than approach questions based on how a “rational actor” would weigh potential answers, Thaler urges recognition that people evaluate choices—and they can often act irrationally.

“Thaler’s greatness in large measure comes from being a brilliant and careful observer of human behavior,” explained David Clingingsmith, an associate professor of economics at the Weatherhead School of Management. Thaler’s work helps economists “in thinking about how we can structure the environments in which people make choices to help them do better.”

Psychology was Thaler’s first interest while an undergraduate at Case Western Reserve, but as he told the Chicago Tribune in 2012, he decided to major in economics because it “was more practical, in the sense that you could probably get a job if you studied economics.”

“My mantra is if you want to get people to do something, make it easy,” Thaler said in a videotaped interview with the University of Chicago today. “Remove the obstacles.”

Case Western Reserve awarded Thaler an honorary doctorate in 2003, and the following year, the Weatherhead School hosted him for the school’s Howard T. McMyler Memorial Lecture. Robin Dubin, chair of the school’s economics department, said he gave “a terrific talk.”

“These mistakes arise from the fact that human beings don’t always behave the way that our models assume,” she said.

While Thaler’s academic works have had immense influence on economic scholars, he also has brought his ideas to the broader public with engaging writing and examples drawn from television quiz shows, casinos and the National Football League draft. In 2015, Thaler appeared with actress/singer Selena Gomez in the Academy Award-winning movie The Big Short, where he explained how people’s psychological tendency to believe that something going well will continue to go well helps explain part of the 2008 financial crisis.

His two most recent books are Misbehaving: The Making of Behavioral Economics (2015) and, with Cass Sunstein, Nudge: Improving Decisions on Health, Wealth, and Happiness (2008).

“It’s rare when someone who has made such a scholarly impact also conveys their ideas in such accessible ways,” said Daniel Shoag, a visiting associate professor of economics at the Weatherhead School who is an associate professor of public policy at Harvard University’s Kennedy School of Government. “His work is always insightful and fun to read, and the prize is well deserved.”