Addressing trauma in juvenile offenders should be larger focus of rehabilitation, study finds 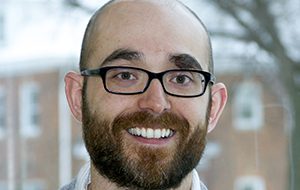 Treating trauma in juvenile offenders can build social relationships that help them stay out of trouble, according to a new study by researchers at Case Western Reserve University.

“Trauma is a major impediment to building important relationships that provide kids a natural support group and are protective against violence,” said Fredrick Butcher, a research associate at the Case Western Reserve’s Jack, Joseph and Morton Mandel School of Applied Social Sciences and lead author of the study published in Social Science & Medicine.

“These youth may have a hard time building meaningful relationships until trauma is addressed,” he said.

Between 65 and 75 percent of juveniles in the criminal justice system have serious issues with trauma, previous research has found.

For this study, Case Western Reserve researchers reviewed data from 2,200 Midwestern youths with behavioral health issues in the justice system. Many of the youths live in disadvantaged neighborhoods, which are more likely to have higher rates of crime.

Children in these areas have a higher chance of being exposed to violence, physically abused and sexually abused, which can lead to trauma symptoms, such as anxiety, depression, dissociation and anger. Such symptoms can be expressed through committing violent acts of their own and other behaviors, such as substance abuse or attempting suicide.

“Basically, you have a lot of kids in the system who are victims themselves and behave negatively, in part, due to trauma,” said Butcher, who is also part of the Begun Center for Violence Prevention Research and Education at the Mandel School.

“Then, a lot of these kids get to courts without ever receiving any type of counseling, assessment or treatment of behavioral health problems.”

Often, juvenile justice systems do not effectively screen for and treat trauma, according to the study’s authors.

The researchers suggest offering treatment to youths in community settings, such as with private therapists or in-home counseling, which could include family therapy and trauma-focused cognitive behavioral therapy. This strategy ultimately may be less expensive for taxpayers, potentially reduce recidivism and cut costs on other aspects of juvenile and adult rehabilitation.

“Addressing trauma in a culturally informed way through effective screening and treatment could help these youth improve their behavioral health outcomes, leading to less delinquency and substance use,” Butcher said.

The Begun Center evaluates BHJJ data and conducts research on how to improve the program’s approach. Recently, Butcher and others streamline a widely-used checklist to assess trauma, making the tool easier to interpret for more accurate diagnoses.

Results from the Begun Center’s analysis has found that the program is cheaper—about $5,000 per youth per year, as opposed to $167,000 a year to incarcerate each young offender—and a more effective option for reducing recidivism, with 3.5 percent of BHJJ-enrolled youth ever being committed to state-run juvenile institutions.

The research was funded by the Ohio Department of Youth Services and the Ohio Department of Mental Health and Addiction Services. Co-authors of the study are Jeffrey M. Kretschmar and Daniel J. Flannery, of the Begun Center, and Joseph Galanek, from SciMetrika, a public health consulting firm based in Atlanta.