7 percent of children in orthodontic care at ‘high risk’ for sleep disorders, according to new CWRU research

A child who is restless, hyperactive and can’t concentrate could have a problem rooted in a source parents might not suspect: a sleep disorder.

That’s according to a new study by Case Western Reserve researchers at the School of Dental Medicine, who found that about 7 percent of children between ages 9 and 17 in orthodontic care were at high risk for sleep-disordered breathing.

It’s higher than the researchers expected, said J. Martin Palomo, a professor in the Department of Orthodontics at the dental school and senior author of the study recently published in the American Journal of Orthodontics and Dentofacial Orthopedics. 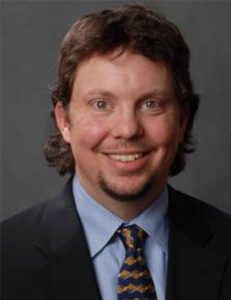 The study notes that sleep-disordered breathing in children may be under-recognized and under-reported.

But Palomo said orthodontists are well-positioned to help change that because they see children whose facial development or jaw alignment was impacted by breathing problems. And when they see a potential problem, they can make a referral to a sleep specialist.

“Sleep is a tightly regulated and well-organized biologic process affecting daily functioning and as well as physical and mental health,” he said. “Sleep, or a lack of sleep, affects adults and children different.”

When adults get tired, they typically show signs of sleepiness: yawning, heavy eyelids and sitting down to rest. In contrast, children tend to get hyperactive. They also might snore, breathe through the mouth during the day, awake with dry mouth or become easily distracted.

In the study, 303 children or their parents completed a questionnaire about sleep and symptoms. About 7 percent responded with enough “yes” answers to put them at high risk for sleep-disordered breathing.

The results, according to the study, suggest the same portion of adolescents in orthodontic care in the general population could similarly be at risk.

Palomo hopes the study will help educate both the public and orthodontists. He also believes, based on published reports, that many children with sleep disorders are misdiagnosed with attention deficit hyperactivity disorder (ADHD)—given that the symptoms of both are strikingly similar.

“I think it’s important to rule out sleep disorders before a patient is medicated for ADHD,” he said.

The article grew out of the master’s in dentistry thesis of Ashok Rohra Jr., who worked under Palomo’s direction. Three other faculty members from the dental school and School of Medicine also were co-authors.