As the clock was winding down during the Case Western Reserve University Spartans’ football game against the Carnegie Mellon University Tartans last Saturday, it seemed as though the team’s season was coming to an end. 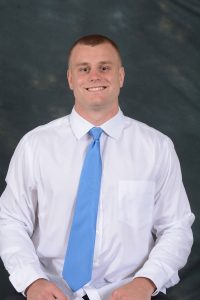 But with just 28 seconds remaining in the fourth quarter, a punt block by senior linebacker and captain Zach Lyon proved to be the key in not only preserving his team’s season, but also his own football career.

Now, backed by an at-large bid, the Spartans will head to Bloomington, Illinois, to face off against the Illinois Wesleyan University Titans Saturday in the first round of the NCAA Division III playoffs.

Lyon’s play last weekend was a crucial piece in the Spartans’ win. After his block, junior Justin Phan scooped up the ball on the 3-yard line and ran it into the end zone, giving the team a 34-31 lead over the Tartans.

“Our whole team was going crazy, the sideline was going crazy—we even got a penalty for excessive celebration,” said Lyon, who is a senior in the integrated BS/MS program in civil engineering. “It was just unbelievable. Everything started falling into place at that moment.”

In fact, in naming the punt block play its play of the week, D3football.com said: “This is no exaggeration. Without this block, Case Western Reserve’s season would be done and someone else would be in the playoffs.”

But the game was far from over. With one second remaining, the Tartans tied it with a field goal, sending the game into overtime. The Spartans eventually clinched the win with a touchdown pass from senior quarterback Rob Cuda to Phan.

The win preserved the Spartans’ perfect 10-0 season, and secured the University Athletic Association Championship and a share of the 2017 Presidents’ Athletic Conference Championship.

“I think after the game, we realized that we had accomplished most of our goals that we had set out for ourselves at the beginning of the season, the whole team was just—I can’t even describe how happy and excited we were,” Lyon said. “We got to get the Academic Bowl Trophy and hoist it up, and it felt great for the whole team.”

But, Lyon noted, the team has one goal left: “to make a run in the NCAA playoffs.”

The end of Saturday’s game wasn’t the first time it seemed as though Lyon’s playing career was winding down. As he entered his junior and senior years of high school, Lyon was unsure if he’d continue playing the sport he had loved since second grade.

But he just wasn’t ready for it to end.

So, he looked into colleges at the Division III level that had both football and engineering programs. That led him to Case Western Reserve.

After visits to campus, the Pittsburgh native liked the people he met, the football coaches and the culture of the university.

“That ended up giving me a bunch of really good reasons to end up here,” he said.

Case Western Reserve also gave him the chance to study civil engineering, a career choice that was fostered by Lyon’s childhood interest of building.

With graduation on the horizon, he hopes to get a job as a structural engineer.

But for now, his football season continues.

Check out the game preview, but first, take a look at Lyon’s answers to this week’s five questions.

My favorite spot on campus would have to be the pizza place Rascal House. It’s the go-to place on weekend nights and I have a lot of good memories hanging out with my friends there.

Some place where I could have a house with a nice view. The first location that comes to mind is the Swiss Alps.

I’d like to learn how to cook and grill well.

My favorite thing about CWRU is the people that I have had the chance to meet and interact with here. That not only includes the friends I have made, but also the professors and football coaches who I have had the privilege to learn from about various aspects of life throughout my time here.