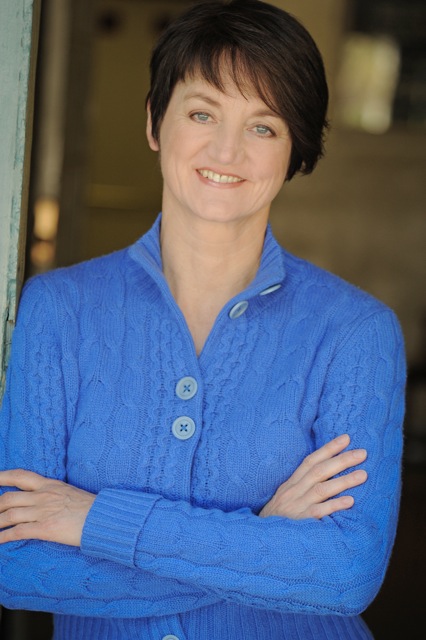 Pandora Robertson is a database applications developer by day and theater director by night. The roles—seemingly in stark contrast to each other—are not as different as one might think.

“Development and directing are similar in that you must create something out of nothing,” she said. “Both require the ability to deal with risk and the unknown.”

Her success in these roles comes from a childhood immersed in the arts, which taught her an important lesson: It is OK to fail, but not OK to quit.

Born in Australia, Robertson moved to Ottawa, Canada, at age 9. As a child, she was surrounded by art and creativity—heavily influenced by her father, an actor; her mother, an artist; and her stepfather, a musician. Her upbringing led her to become a professional ballet dancer at Les Grands Ballets Canadiens de Montreal.

During her early 20s, she moved to New York City, where she continued to dance professionally. After meeting her husband, David Shimotakahara (also a dancer), both found work at the same ballet company—Ohio Ballet—in Akron.

After years enduring the physical toll dancing can take on the body, Robertson embarked on a completely new career path.

“It was the ’90s, so I figured information technology was a good route for a new career,” she said. She earned a bachelor’s degree in business administration and management from University of Akron.

Robertson then joined the staff at Case Western Reserve University in 2001 as a database application developer in the Weatherhead School of Management’s Information Technology Group—a position she still holds today.

At the same time, she began working toward earning her Master of Arts degree in theater at the university. After her dance career, she started choreographing, acting and directing with several local theater companies including Great Lakes Theater, The Cleveland Play House, and Dobama Theatre as a way to feed her artistic appetite.

She then expanded her reach, serving as 2011-2012 Joan Yellen Horvitz Director Fellow for the Cleveland Public Theatre and, now, as co-director for the Ohio City Theatre Project.

Robertson has directed more than 10 plays. Her latest production for the Ohio City Theatre Project is Free Radical and the Late Night Sketchbook, which runs May 8-9 and May 15-17 at 8 p.m. The plays centers on the theme of “confession”—appropriate for the play’s venue, St. John’s Episcopal Church in Ohio City.

In all of Robertson’s careers, she credits her artistic upbringing and “stick-to-it-iveness” to her overall success.

“The arts inspire people to be OK with stepping into unknown, taking risks and going into places where we don’t have the answers,” Robertson said. “If we aren’t able to do this, we’ll never grow. I enjoy inspiring the people around me to do this.”

Learn more about Robertson in this week’s five questions—and purchase tickets to her play, Free Radical and the Late Night Sketchbook, at ohiocitytheatreproject.com or by calling 773.290.7508.

3. What is your favorite vacation spot?
My family and I go to Caswell Beach, N.C., for summer vacations.

4. What is one of your hidden talents?
Through directing theater, I recently rediscovered that I’m a good teacher.