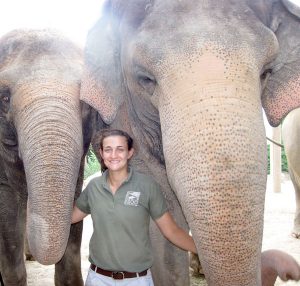 Earlier this week, the University Athletic Association honored women’s basketball’s Evy Iacono for the second week in a row with its Player of the Week award—marking the third time this season and the fourth time in her career the senior guard has earned the honor.

Iacono, who leads the UAA in scoring with 19.5 points per game, has been playing basketball “ever since [she] could walk.” And since she’s been at Case Western Reserve, she’s made some major strides: She is a two-time All-UAA guard, she ranks sixth in program history in scoring, and, with 1,178 points, she’s almost to the 1,200 point level—a mark just three women in Spartan basketball history have reached.

But the biggest honor since she’s arrived, she said, was being named to the D3Hoops.com National Team of the Week earlier this month. “Getting national recognition is awesome, not only for me, but also Case Western Reserve,” she said. “I wouldn’t be able to receive these honors without my teammates, so it’s really a team award.”

Off the court, the biology major and pre-veterinary student is vice president of the Case Pre-Veterinary Medical Association, so she spends much of her time gaining experience in her field—or, as she calls it, “just hanging out with puppies.”

Puppies and, of course, elephants—which you’ll learn about in this week’s five questions. Find out more about her now.

2. What film would you pick to win “Best Picture” at the Oscars—whether or not it was nominated?
I’d like to see Life of Pi win, but I’m biased because I loved the book. And I thought the adaptation from the book to film was very well done.

3. What moment at Case Western Reserve stands out as most memorable (so far)?
Traveling to Europe right before my junior year began with the basketball team was an experience of a lifetime. I got to travel to Italy, Germany and Belgium eating amazing foods, sightseeing and, of course, playing basketball with my best friends.

4. What is one thing people would be surprised to learn about you?
The summer after my sophomore year I got the opportunity to work with the elephants at the Cincinnati Zoo—and even got to paint with one!