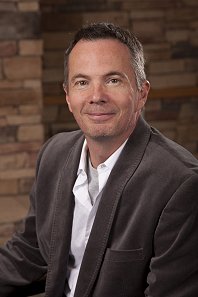 As a second-grader in the suburbs of Chicago, David Ake wanted to show off the results of his classical piano lessons by playing a Mozart sonata as part of show-and-tell.

Ake thought he’d performed the piece well, but the reception from his classmates was not what he had expected.

“They made fun of me! Luckily, I was a good baseball player,” Ake said. “So that limited the taunting a bit.”

Although he was teased, Ake refused to quit playing the piano. Rather, he broadened his approach to learning music. His piano teacher began showing him boogie-woogie and blues styles, while his older brother introduced him to the music of Jimi Hendrix, Led Zeppelin and Deep Purple. Ake later played in rock bands and found inspiration from Muddy Waters, John Prine, Buddy Guy, and other blues, folk and rock artists in the Chicago area’s music scene during the 1970s.

“During my senior year of high school, I really got into jazz,” Ake said. “I heard [acclaimed jazz pianist] Keith Jarrett play. That was it for me. That changed everything.”

After earning a degree in jazz performance from the University of Miami (Fla.), Ake moved to Munich, Germany, where he played professionally for two years. During his time abroad, he toured extensively, even spending a month in Cairo, Egypt, where he played alongside members of The Arkestra, the band led by the legendarily eccentric keyboardist Sun Ra.

Ake returned to the United States in 1983 to continue his education, earning a master’s degree in jazz performance from California Institute of Arts (Cal Arts), and then performing in Los Angeles before moving to New York in 1990.

“New York was the best of times and worst of times,” Ake said. “I was doing the starving artist thing.  I was playing great music with amazing musicians, but making about $13 a night.”

He went on to join the faculty at the University of Nevada, Reno, for 14 years, spending the last two years as director of the School of the Arts.  This past July he became chair of the Department of Music at Case Western Reserve.

“It’s great to be working alongside longtime friends and former mentors and professors,” Ake said. “More important, though, I wanted to join CWRU because there truly is no better musicology program anywhere. And since I arrived, I’ve discovered we have an amazing music education faculty, too. I wanted to work with world-class scholars, and here I can do that. ”

Aside from his academic success, Ake has made headlines in the music world this year with his most recent album, Bridges. The album is a collaboration between Ake and several of his friends from his time at Cal Arts—specifically renowned musicians Ralph Alessi, Ravi Coltrane, Scott Colley, Peter Epstein and Mark Ferber.

Ake released his latest album, Bridges, earlier this year; it was named to multiple Best-of-2013 jazz lists and even got an honorable mention from Baltimore Magazine’s list of best music—regardless of genre—next to releases from the likes of Grammy nominees Janelle Monae and Kanye West.

“I tried to figure out how I could structure my compositions to fit with these musicians,” Ake said. “They have so much trust, patience, and understanding for what my music is about. It just came together. I’m very gratified that [the album] has received the attention it has.”

It’s a long way from his “failure” in second grade.

Now, Ake has an 8-year-old son with his wife Kendee Franklin, coordinator of communications and programming in the Center for International Affairs. However, it seems his son has learned from his dad’s embarrassing childhood mistake by taking up the “much cooler” guitar.

Listen to Ake’s song, “Story Table” from his album Bridges, and purchase the album online—then learn even more about Ake in this week’s five questions.

4. What is one of your hidden talents?
My imitation of actor Jimmy Stewart—although my wife and son would disagree.

5. What is your favorite thing about Case Western Reserve?
It’s definitely my incredible colleagues and the students. I came [to CWRU] on the promise of great faculty and students.  The reality has exceeded expectations. The people here are so smart, dedicated, and focused. It’s an inspiration to me.