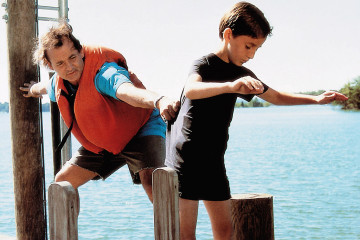 Korsmo and Bill Murray in What About Bob? (Touchstone Pictures)

Familiar faces abound at Case Western Reserve. But there’s one person in particular who people may recognize from more than simply a passing glance on the quad; his is a familiar face from the big screen.

Charlie Korsmo, assistant professor of law, is a former “child actor” who starred in several major hits of the 1990s, including Hook (as Jack Banning), Dick Tracy (as “The Kid”), What About Bob? (as Siggy Marvin) and Can’t Hardly Wait (as William Lichter). His first film, Men Don’t Leave—starring Jessica Lange, Joan Cusack, Kathy Bates and Chris O’Donnell—will be screened at the Cleveland Institute of Art Cinematheque tonight at 7:30 p.m. (For tickets, visit cia.edu/cinematheque.) 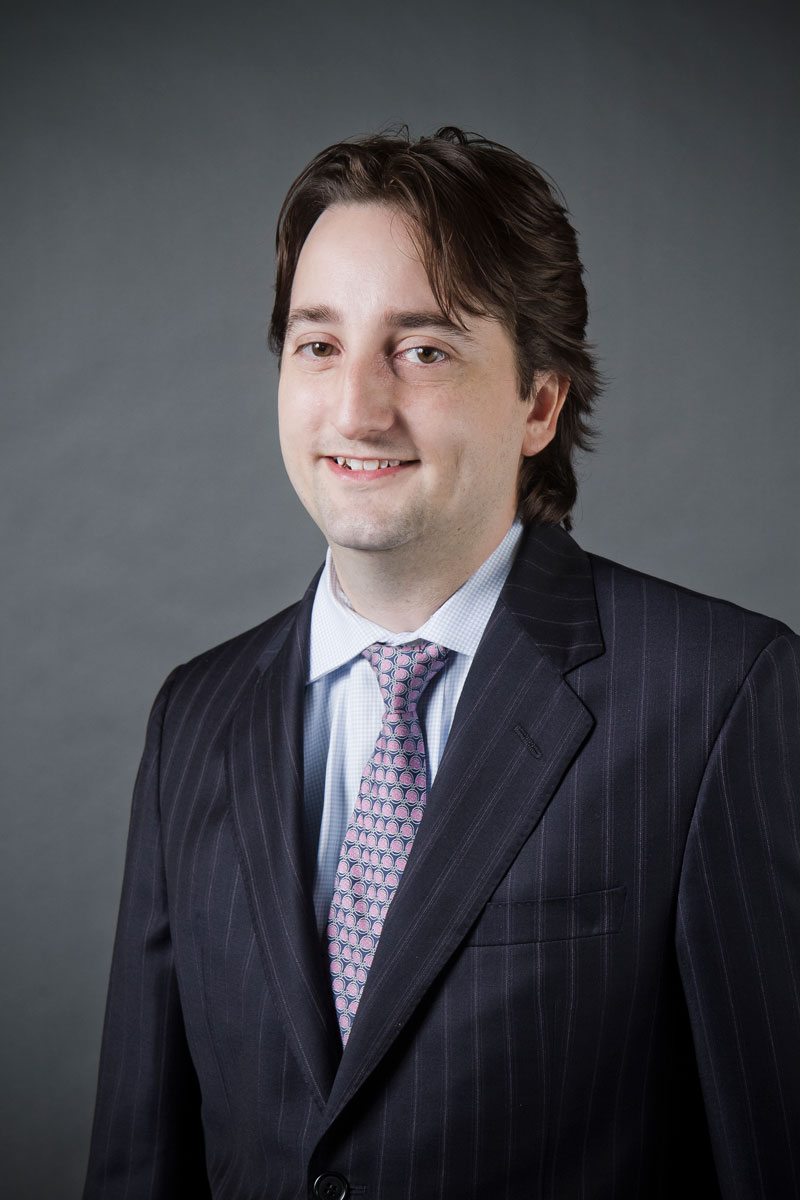 After the film, Korsmo will discuss his acting career, which began when he was 8. While on a family vacation to Los Angeles, Korsmo and his family attended a taping of the sitcom Punky Brewster. He remembers thinking, “Gee, this looks pretty easy,” so, upon returning home to Minneapolis, he and his parents found a talent agent through the Yellow Pages.

“As I recall, I mostly wanted to get out of school and make enough money to buy a Nintendo,” Korsmo said. “I never saw acting as a lifelong career ambition.”

After a slew of leading roles, Korsmo left the movie business to begin the “relatively normal” life of a high schooler.

And though he’d initially entered acting to escape school, after returning to formal education, he realized he actually enjoyed doing school work—so much so that he went on to study physics at Massachusetts Institute of Technology.

The film ended up being his favorite to make. “My favorite actual role was ‘The Kid’ in Dick Tracy, as that is the movie I cringe the least during when I happen to see parts of it,” he said. “But I had the most fun doing Can’t Hardly Wait. It’s more fun to make movies when you’re 19 than when you’re 10.”

Yet even with this great experience, Korsmo again decided film was not his passion.

“I think I managed the trick of leaving voluntarily just about the time I would have been thrown out anyway,” Korsmo joked.

Instead, he earned his degree at MIT and went to Washington, D.C., where he worked in various positions, ranging from the Environmental Protection Agency to a post-9/11 Homeland Security Committee. After being heavily involved in the creation of bills and policy, Korsmo realized he should have a law degree to properly fulfill similar roles, so he enrolled at Yale Law School.

Korsmo then clerked in the U.S. Court of Appeals for the Second Circuit and worked as a litigation associate for the international law firm Sullivan & Cromwell before transitioning to academia. His first teaching stint was as a visiting assistant professor at Brooklyn Law School.

He arrived at Case Western Reserve School of Law in 2011 (the same year President Barack Obama appointed him to the Board of Trustees for the Barry Goldwater Scholarship and Excellence in Education Fund) “because of its excellent national reputation, because of the city, which has been fantastic, and—most importantly—because of the extremely welcoming and engaged members of the faculty,” he said.

At CWRU, Korsmo teaches business associations, corporate finance and torts—his favorite because he gets to teach first-year students who are fresh in their legal education.

As for whether those students—or even strangers—recognize him from his previous career, Korsmo said, “it happens less often than it used to, obviously, but I can’t tell whether that’s because fewer people remember, or because I never go anywhere now that I have two kids.”

But, Korsmo pointed out, he still gets “what seems to me to be an unusual volume of ‘fan mail’ asking me to sign Dick Tracy and Hook trading cards,” Korsmo said. “They always have heartwarming notes about how much it would mean to them, but then they usually turn up on eBay. The going rate seems to be around $10, so I’m thinking of flooding the market by offering them for eight bucks.”

Want to hear more from Korsmo? Get tickets to the Cinematheque event—and, of course, read his answers to The Daily’s five questions below.

2. What is your favorite building on campus and why?
The Barking Spider, because of the spectacular live music on Tuesday afternoons in the fall and spring. Acting Co-Dean Michael Scharf hosts, and I often sit in on the piano. What we lack in musical talent we make up for in shamelessness.

3. What is your favorite vacation spot?
Vacation? Hah! When you have young kids at home, sometimes coming to the office seems like a vacation. I would love to go to Tuscany again, though.

4. What is one of your hidden talents?
I am an excelent [sic] speller.

5. What is your favorite thing about Case Western Reserve?
It’s all about the people. Great faculty; great students; great culture.