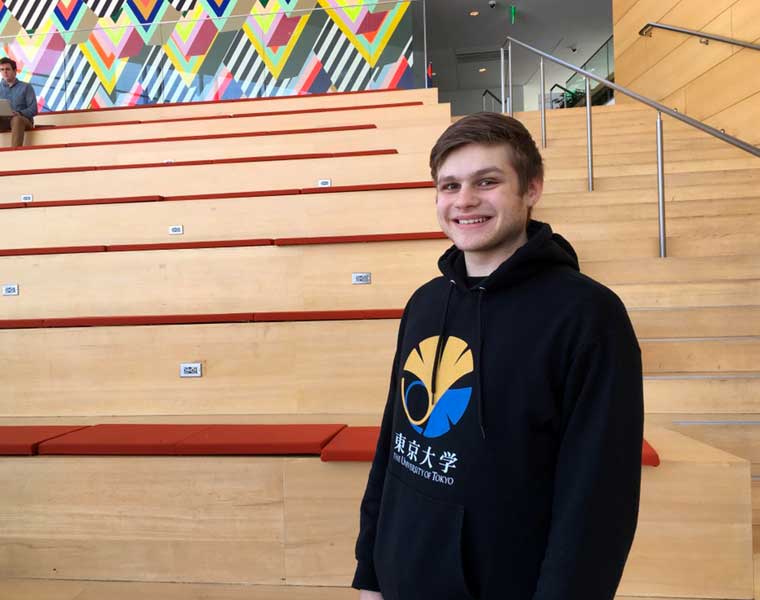 The five-member Case Western Reserve University League of Legends team is rarely in one place at the same time; each plays the strategy game from their own corners of campus. But together, they work to take control of the opposing team’s base on the gaming map.

After earning a bye in the first round of the playoffs, the team, named the 300 Spartans, beat Kansas State University 3-0 in the second round to advance to this weekend’s play against Columbia College (Missouri) at 4 p.m. Saturday.

League of Legends is one game played through the Case Western Reserve University Esports Club, with other teams in Overwatch, Rocket League, Dota 2 and Counter-Strike: Global Offensive.

Team captain Joseph “Josh” Laurienzo, a sophomore majoring in math and physics and Japanese, said League of Legends requires a combination of skill and strategy.

Each member of the 300 Spartans has their own playing style and specific skillset to contribute, but all must rely on the others to put together a successful game.

“I like our team dynamic,” Laurienzo said. “I like being able to contribute something unique to the team and that we all have these distinct angles that we come from. I feel like it’s a Captain Planet situation: With our powers combined, we can beat the enemy.”

In addition to Laurienzo, who plays the mid position, the “varsity” team is composed of:

“Our team’s playstyle is kind of unique,” Laurienzo explained. “We’re really good at digging our heels in. A lot of our matches, we’re losing until we win.”

Laurienzo, who has played the game since his first year of high school, estimates the team has a combined 50,000 hours invested in the game. Each week, they practice for 10 hours and review footage from their previous match to see what they could have done differently.

Though graduation is a few years off, Laurienzo is interested in pursuing a career in competitive League of Legends, or attending graduate school at the University of Tokyo, where he participated in a scholarship program over the summer doing semiconductor research.

Keep up with the 300 Spartans in the playoffs on the Case Western Reserve Esports Facebook page, where links to spectate online will be provided. But for now, read on to see how Laurienzo answered this week’s five questions.

1. What new hobby would you pursue if you had more time?

As far as new things go, I started lifting weights a lot more in the past couple of months, so that’s been an interesting new pursuit.

2. Where is your favorite spot on or near campus to work, read or study?

I like two places: the stacks in [Kelvin Smith Library] and the gaming lab in Olin.

3. What new place would you most like to travel?

Either Osaka or Sapporo in Japan. I liked Tokyo a lot so I’d like to see those places too. They’ve got different vibes. I hear Osaka is like the LA [of Japan] and Tokyo is like the New York City.

4. If you could learn another language, what would you choose?

I’m actually a Japanese major in addition to math and physics, and I’ve studied Spanish since middle school. But if I were to learn another language, it would definitely be Chinese because there are a lot of international students at Case [Western Reserve] who I wish I could talk to more. Even though they all speak English, it would be cool if I were able to speak Chinese with them too.

I like that it’s close to home. My parents grew up on Murray Hill. And, of course, the people. I think the best thing about Cleveland and our campus is the culture of the people here. I don’t quite know how to describe it, but I get the vibe that they are my people.