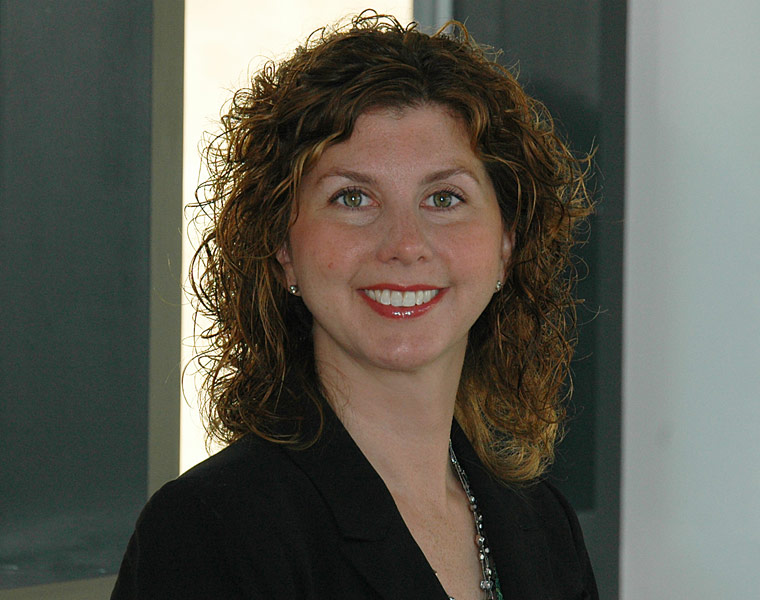 Beginning last week, those who purchase tobacco products in Ohio must be 21 years old—bumping the minimum age up from 18. But Cleveland was ahead of the curve, when in 2016, the city enacted a law requiring those who purchase such products to be 21.

One of Erika Trapl’s defining career moments was her role in establishing Cleveland’s law. Trapl, associate director of the Prevention Research Center for Healthy Neighborhoods (PRCHN) and associate professor in the Department of Population and Quantitative Health Sciences at Case Western Reserve University, was part of the team that presented data to the city to help demonstrate the impact such legislation could have.

What turned out to be even more gratifying for Trapl was the findings of PRCHN’s next Youth Risk Behavior Survey. That year, there was what Trapl called a “substantial” decline in the amount of Cleveland youth (seventh through 12 graders are surveyed) who reported they used tobacco products—exceeding the decline seen in the county as a whole.

And now, Trapl is extending her work in youth who use tobacco products. She recently received a grant from the National Institutes of Health’s National Institute on Drug Abuse totaling nearly $1.4 million over three years. Through her latest work, Trapl aims to examine what might happen if flavored cigarillos were banned, ultimately helping inform regulations put forth by the U.S. Food and Drug Administration’s Center for Tobacco Products.

While some may be quick to assume what would happen if such products were banned, believing that, ultimately, youth would quit smoking them—Trapl knows that people don’t always exhibit the behavior we expect. This research will test to see if users would transition to non-flavored cigar products or e-cigarettes, whether flavored or unflavored, or if a ban would lead them to quit smoking.

Ultimately, she hopes the research will help lead to a decline in use of tobacco and nicotine products in both youth and adults.

“Right now, a lot of the conversation is around banning flavors of e-cigarettes, and that immediately sets off alarms for me because if we ban flavors of e-cigarettes, we’re still leaving other flavored products on the market,” Trapl said. “While the jury is still out on the long-term effects of e-cigarettes, we know that combustible products cause significant respiratory damage and increase risk of cancer, and so I am concerned that it continues to send the message to kids who smoke cigars that they must not be as bad as e-cigarettes if the flavors are being banned on those products and not on the things [they] use.”

A passion for prevention

The crux of Trapl’s work is prevention, with the goal of stopping health problems before they even start. As an undergraduate at Case Western Reserve, she was torn between medicine and engineering, believing the former was too far from research and the latter would put her at a distance from people. After completing her degree, she worked in a role that allowed her to engage with health promotion research and discovered what was then the Department of Epidemiology and Biostatistics.

Trapl went on to complete both her master’s and doctoral work at Case Western Reserve. She has been with what is now PRCHN since 2001 (previously, it was the Center for Health Promotion Research).

While much of Trapl’s work has been in the realm of tobacco use in youth, she has explored other areas as well, having conducted research on diet and physical activity, adolescent sexual education and obesity. As the associate director of PRCHN, Trapl supports several non-research initiatives, including the Youth Risk Behavior Survey, which is given to seventh through 12th graders in Cuyahoga County to gauge health and risk behaviors, coming away with data that can clue researchers into factors related to common causes of morbidity and mortality in that age range.

For Trapl, focusing on adolescents is an extension of her work in prevention.

“I’ve always found that a really fascinating time to think about how best to prepare kids to be successful and healthy adults,” she said.

Find out more about Trapl in this week’s five questions.

I would really like to learn how to do calligraphy. It seems like it would be really peaceful to do. I bought myself a kit at Christmas, but I have just not made the time to learn it.

My best teacher was probably my senior year physics teacher in high school. He was all about making learning fun and making physics accessible for our whole class. When we asked questions, he didn’t want to just tell us the answer, he wanted to let us figure it out ourselves and try it out, to do the experiment. I think that really gave me a love for learning by doing.

It’s all going to be great. Don’t change a thing.

My favorite thing about this place is the people that I’ve worked with for all of the years that I’ve been here. I have people that I have known for many years who I still work with and just really enjoy seeing and having had that long experience with.