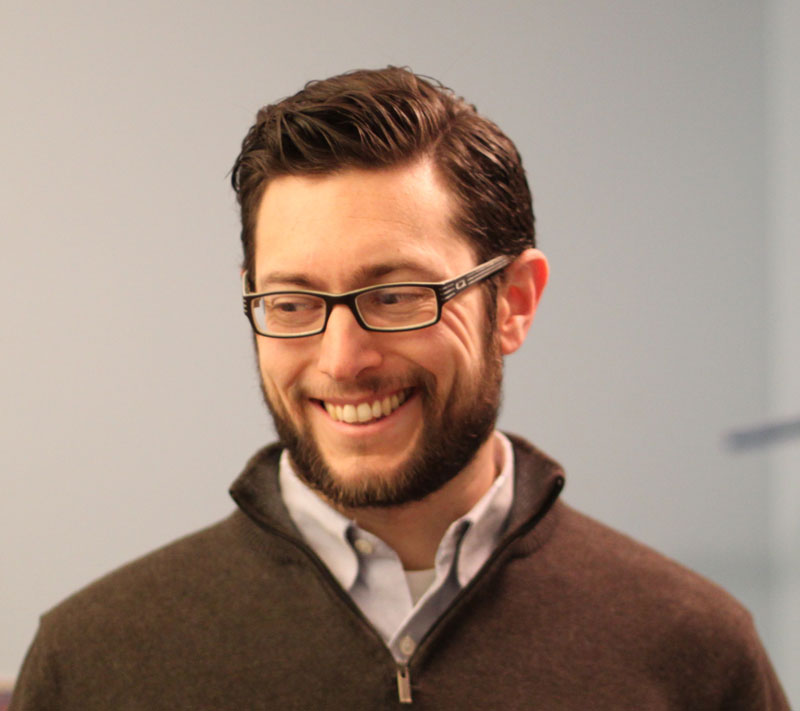 Last Friday, Peter Shulman’s Twitter account had a respectable 128 followers. A week later, Shulman now has more than 3,835 followers—and counting—thanks to a recent article by Slate that praised the simple, yet captivating account.

About three years ago, Shulman, assistant professor of history, came across Public Opinion Quarterly—a journal that has analyzed public opinion since 1937.

Shulman instantly was engrossed by the public opinion polls presented in the journal, as they created a portal into the perspective of the public mood during the Great Depression and World War II—the first time periods he studied in depth in graduate school while earning his doctorate at the Massachusetts Institute of Technology.

Months later, Shulman came across another reference book, Public Opinion, 1935-1946, a volume focused on collecting worldwide public opinion survey data during the first decade the public opinion field existed. Although the book piqued his curiosity, his time for side projects was limited: He and his wife, Trysa Shulman Shy, had just welcomed a second son, Josiah, and he was focused on teaching and finishing his book, Coal Questions: Energy and American Security Before the Age of Oil.

The public opinion reference book took up residence on Shulman’s desk for the better part of two years.

But Shulman’s introduction to Twitter provided him an outlet to share the polls that so fascinated him.

“I thought it would be cool to tweet public opinion surveys,” Shulman said. “I started the account @HistOpinion, and then started retweeting the polls on my own personal account. I’d send out a few polls—still in text form—per week.”

This past December, Shulman figured out how to reorganize the information into visual graphs that would show up in his followers’ Twitter feeds.

“The Pew Research Center sent out public opinion in graph form in a way that compressed the information and made it easier to digest, “ Shulman said. “So, I took some time and figured out how to create these graphs and attach them as an image on Twitter.”

As Shulman continues to teach and work on finishing his book, he plans to continue to tweet polls a few times per day, and would also like to find additional mediums to present them.

“I would like to put the polls on Tumblr or a blog,” Shulman said. “A larger platform would allow me to explain the polls more thoroughly.”

Although the recent success of Shulman’s Twitter account is exciting, it’s the actual process of creating the tweets and receiving feedback from people that he enjoys most.

“It’s been fun,” he said. “I really like the visual design aspect, as I have to use a combination of Excel and Photoshop. It’s been a creative outlet for me.”

2. What is your favorite building on campus and why?
I’d have to say Allen Memorial Library. It’s a beautiful and historic building and smells the way a library should smell. It’s a lovely place to work.

3. What is your favorite vacation spot?
My favorite place to vacation is Tilghman Island, Md., in the Chesapeake Bay. Back in the early ’70s, my grandparents bought a small waterman’s house, and I’ve been visiting ever since I was a kid. The old house is right along the water and the wildlife is incredible. It’s little piece of heaven on earth.

4. What is one of your hidden talents?
I can juggle.

5. What is your favorite thing about Case Western Reserve?
My favorite thing is that I have fantastic students and colleagues. The environment here is intellectually stimulating. Also, I love being in University Circle, which is so culturally rich, and the city of Cleveland, which is a vastly underappreciated city.