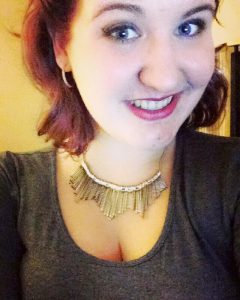 After two years at Case Western Reserve University, Maia Delegal knew first hand the amount of stress college students can face, whether it be from academics, extracurricular activities, missing home or some combination of those and other factors.

That’s when she realized something was missing on campus: a student organization geared toward mental health advocacy.

Her natural tendency toward advocacy, compounded by her own experiences with mental illness, led Delegal to create Case Western Reserve University’s National Alliance on Mental Illness (NAMI) on Campus chapter, which is just wrapping up its first year in existence.

NAMI, the largest grassroots mental health organization in the country, is geared toward educating people about mental illness and advocating for public policy. CWRU’s chapter works closely with NAMI of Greater Cleveland, which has provided the students with training to become peer group facilitators.

Next week, Delegal, a junior studying cognitive science and medical anthropology, and other NAMI members will offer up the stage at Happy Dog for campus community members to share their stories of mental illness with a poetry slam. Held Wednesday, March 30, from 6 to 8 p.m., the poetry slam will allow people to discuss the difficult topic in a format Delegal hopes will be easier and more constructive for them.

“It’s hard to say, ‘Hey, let’s get together and talk about our mental health problems,’ ” she explained. “I think people connect to poetry as an art form.”

Delegal hopes the event will be therapeutic, for both the people on stage and the ones in the audience.

“I know it’s kind of a cliché, but it’s really true that the stigma [of mental illness] makes you feel isolated,” she said. “I think an event like the poetry slam allows people to express the fact that they’re having struggles.”

She knows the power of sharing one’s own story because she does it so often as founder and president of NAMI. Her story not only involves her personal experiences with major depressive disorder and generalized anxiety disorder, but also her younger brother’s struggle with an eating disorder.

In fact, Delegal decided to start NAMI just after her brother was diagnosed with a severe disorder that left his heart thinning from serious weight loss.

Though her brother hadn’t yet reached college age, she knew he soon would be facing a stressful collegiate environment.

She didn’t want her brother—or any student at Case Western Reserve University—to have to endure those stresses alone.

Now, NAMI is another resource on campus to ensure they don’t.

As peer support facilitators, the executive members of NAMI offer a safe space after each general body meeting for anyone who needs to talk about anything, whether it’s their own issues or an issue with a friend of a family member.

“It’s a great thing because if you have multiple people in a room, all brainstorming solutions, it makes an issue seem a lot less overwhelming,” she said. “That idea of group wisdom is really the cornerstone of peer support.”

Moving forward, Delegal hopes NAMI will expand its reach to even more students. Currently, the executive board serves on the Connect CWRU Suicide Prevention Task Force, which grew out of the Substance Abuse and Mental Health Services Administration grant the university received in the fall.

“I just feel like the best way to empower yourself is to help empower others and learn through that,” she said.

Get to know Delegal better in this week’s five questions.

Honestly, starting up NAMI on Campus and seeing how far its come in just a year—I’m really proud of that. Obviously I didn’t do it alone, but it was a big accomplishment. I made sure to be very organized about it, but I wasn’t afraid to be ambitious. Becoming a source of mental health advocacy when a year ago, there was no student organization of this kind, I’m very proud of that. I’m very proud of all the work we’ve done.

2. If you could do anything you wanted for a day, what would you do?

I would explore a really awesome city. I’d go to old libraries and look through books. Then eat amazing food and take lots of Instagram pictures.

3. Who would you want to play you in a movie of your life?

I really like Kate Winslet. I think she’s really poised and articulate, but you can also tell that she’s human, that she makes mistakes and she’s got that quirky streak. That’s how I would like myself to be portrayed.

4. If you could go back in time and tell your childhood self something, what would you say?

I would probably say: “Hey, you have depression. It really sucks, but just so you don’t have to wonder for years, this is something that you have. It’s something in your brain chemistry and you’re going to be able to deal with it, it’s just going to take some time, some understanding and a lot of research and kindness toward yourself.”

The thing that makes CWRU great is the people. I think all the people I’m surrounded by are very ambitious and genuinely curious. They are so high achieving and not just for a résumé. They really want to make a difference in the world and they really want to help other people, which inspires me and motivates me to keep going whenever I feel like it gets difficult. I think it’s also a great place to collaborate with those people.