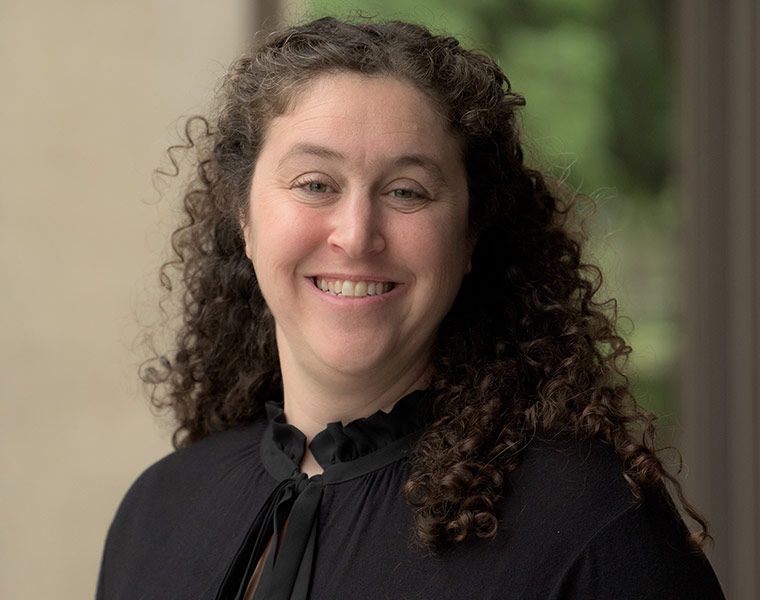 Kollins helps children in health crises see themselves as superheroes

Lisa Kollins, administrator at the Social Justice Institute at Case Western Reserve University, is helping children experiencing serious illness or with lifelong disabilities see themselves in a new light with The Superhero Project.

In 2016, Kollins founded the initiative, which transforms children into superheroes with vibrant posters created by artists from around the world.

Kollins has worked with about 250 families, interviewing the children—or in the case of those who are nonverbal, their parents or siblings—to get to the heart of what their superhero would be. She helps uncover what each child stands for or who they would fight for, what they would look like, what their special powers would be, and more.

“What’s remarkable is that I would say 95% of the kids never mention their illness, their disability, or whatever it is that’s brought me in the room,” Kollins said. “That never comes up, which is exactly the point. They spend a lot of their lives being patients or being talked to in the context of what they’re going through as opposed to who they are. This is a chance for them to imagine who they can be .”

When Kollins first launched the program, she frequently visited University Hospitals Rainbow Babies and Children’s Hospital to meet families. Since word about the project has spread, families from all over the country—and the U.K. and Canada—have connected with Kollins.

“It’s important, I think, to recognize that every kid deserves to see themselves reflected or depicted in a positive way. People are marginalized in our society for a lot of reasons—for race, for disability, for illness, for class, for education—and it’s really wonderful to have the opportunity to create these characters that really reflect the spirit and the soul of the kids I meet,” Kollins said. “It’s an honor and a privilege that these families allow me into what, for some of them, are the worst moments of their lives. I know some of the kids that we’ve interviewed have passed away after our interview. It’s a privilege to walk with these families for a short time and to bring some joy into a really difficult time.”

Once Kollins completes an interview, she connects with a volunteer artist, sending them the child’s first name, photo and the full transcript of their interview. The artists complete a poster and write a note for the child in less than two weeks. Since the collaboration with the artists is all digital, they can be anywhere in the world; Kollins has worked with artists in six countries.

“It’s another way for kids to recognize that there are people rooting for them from around the world, and I think that helps too in whatever journey they’re on, whatever fight they’re going through, to know they’ve got cheerleaders in different places,” she said.

Three printers donate their services to the project, and Kollins mails each family two printed versions of the posters (University Hospitals Rainbow Babies and Children’s Hospital donates the mailing costs for children interviewed there, while Kollins covers the costs for others). She also shares a digital copy to be used by the family in other ways and a character write-up about each superhero.

Kollins first developed the idea for the project while volunteering as a program specialist at Camp Sunrise, a former Ohio camp for children impacted by HIV/AIDS. One year, in keeping with the theme of embracing their inner superhero, Kollins had the children describe what their superhero alter-egos would be like. As a surprise, she had a team of artists bring the campers’ visions to life, unveiling them on the last night.

“The kids were just stunned and amazed. We did it in a slideshow, so within like 30 seconds, I was weeping,” Kollins said. “The kids were hysterical—clapping and cheering and yelling—and it was really wonderful.”

Kollins has carried that momentum with The Superhero Project.

“I just realized the impact it could have,” she said.

Though the project is independent of Kollins’ work at the Social Justice Institute, she has collaborated with Cara Byrne, a lecturer in the Department of English, to bring The Superhero Project into the classroom at Case Western Reserve. Over the summer, students in Byrne’s Graphic Novels & Comic Book course wrote character descriptions to accompany the posters on social media.

They will continue to work together this semester. Students in another of Byrne’s classes will research and reach out to children’s book illustrators to inquire about potentially volunteering their talents to The Superhero Project.

Kollins also plans to share the project more broadly in the community by launching an exhibit focusing on representation and featuring the superhero creations of children who are African-American, Latinx, Native American, Arab-American and Asian-American. The free exhibit will be available to libraries, community centers, schools and clinics.

Kollins said the exhibit will give children a chance “to see positive and dynamic images of themselves.”

Learn more about The Superhero Project.

Then get to know Kollins better with this week’s five questions.

I’d like to try a water jet pack or flyboard. That seems like an exciting and forgiving activity, as long as you don’t mind hitting the water unexpectedly at great speeds.

My 10th grade geometry teacher at Bonanza High School in Las Vegas, Gregory Ogawa, remains one of the best teachers I’ve ever had, even after college and two graduate schools. His passion was clear to all of us, he stayed after school every single day to help anyone who needed it, and I loved how his chalk would splinter and fly around the room as he wrote equations energetically on the board.

I don’t have a favorite place to travel (although a trip to Pakistan earlier this year was one of the most fascinating experiences of my life), but I do have a favorite way to travel: with my extended family. We try to have a three-generation adventure every year and I feel truly blessed to love just about every minute of those fun, hilarious and kid-friendly trips.

I love meeting and working with folks from all over the world. In addition to the fellows we’ve hosted at the Social Justice Institute and the professional connections I’ve made, I’ve been a part of the International Friendship Program since I started here. We’re on year four now as the host family for the fabulous Kayele Silue, a student from Côte d’Ivoire, who is a ray of sunshine in our lives.