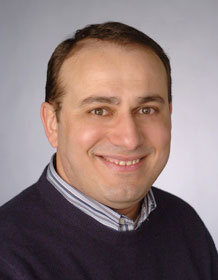 By the time he was 16, Juscelino Colares knew he wanted to be a lawyer when he grew up. The only difference between Colares and many other teenagers with the same dreams? He actually started law school then.

Colares grew up in Brazil, where he started college at the age of 16. Law is an undergraduate degree in Brazil, which partially explains his young age entering law school, although Colares acknowledges 16 is still young (“too young, really,” he said) to enter higher education.

After completing his undergraduate law degree, Colares pursued graduate studies in France at Université de Montpellier, where he specialized in international economic law, and earned his doctoral degree at University of Tennessee, where he studied political science and economics. He then taught as a professor in Brazil for four years before realizing he wanted to follow his law ambitions in the United States. So, he attended Cornell University for his Juris Doctorate degree, practiced law in Washington, D.C., and became a law professor—only to leave for Paris for a year, where he clerked at the French Conseil constitutionnel (France’s constitutional court). Back to the United States, Colares resumed teaching at Syracuse University and then joined the faculty at Case Western Reserve University School of Law in 2011, where he now serves as professor and associate director of the Frederick K. Cox International Law Center.

His education and career have taken him around the world, which has led to his area of expertise: inter-jurisdictional conflicts in the law. This means he researches what happens when, for example, U.S. law conflicts with World Trade Organization law or French national law conflicts with European law.

“Because I was born abroad, I have a natural tendency to see law from different perspectives,” Colares said, “so these questions of inter-jurisdictional conflict really interest me.”

His Brazilian roots affect not only his research but also his hobbies. “It’s too cold here” for Colares to thoroughly enjoy two of his favorite activities—street photography and running, although he is braving the weather to train for the Cleveland half marathon in May.

What else might surprise you about Colares? From his first album to his favorite movies, there’s plenty to find out.

1. What was the first album you ever purchased, and what was the medium (record, cassette, CD, etc.)?
The first album I ever bought was when I was 11 years old: The Dark Side of the Moon by Pink Floyd, on vinyl. Do you realize that album was in the UK top 100 album sales from the day it was launched in 1973 until 1988? It stayed in the top 100 list for 15 years! It’s just a phenomenal album. My parents kind of frowned upon it, but they were really more concerned about my surfing at the time.

2. What do you think should have won “Best Picture” at the Oscars—whether or not it was nominated?
I haven’t watched anything this year really, so I’m not that qualified to say. But from what I’ve heard, it would have to be Argo, the actual winner. It’s my genre of movie, and it’s definitely the movie I’m most interested in seeing.

3. What moment at Case Western Reserve stands out as most memorable (so far)?
That probably would be when I had a couple of Chinese students separately approach me after a course I taught last fall, International Business Transactions, and say they really enjoyed my instruction. Basically, they thanked me for making them work so hard. But they said I had an impact on their lives, and that touched me very much.

4. What is one thing people would be surprised to learn about you?
I am very serious and demanding in class, the “old school”-law-professor kind, but I’m very relaxed outside of class. I love trashy, funny shows, movies and comedies, like Dave Chappelle, Tropic Thunder, Nacho Libre—that kind of comedy. South Park really cracks me up, and I always say my favorite fictional character is Cartman. I have that very comedic, funny bone in me that I don’t think shows up in class very much.

5. What is your favorite thing about Case Western Reserve?
I would say it’s the university’s location and the proximity to all the museums. It makes you realize you are in a very special place.