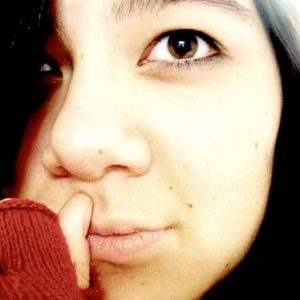 When President Barack Obama presented his fifth State of the Union address Tuesday night, it was a bright night for junior Mel Sayre. After all, as 2012 calendar year president of Case Democrats, she devoted much of her spare time in the fall semester to helping his reelection.

She spent Tuesday night taking it all in with her fellow group members and friends, when they hosted a viewing party for the address, much like the watch parties held for the democratic convention, presidential debates and election day.

But just like the presidential race, elections for Case Democrats have since passed, and Sayre now serves as vice president. Sayre estimates that, as president, she spent about 30 hours per week organizing Case Democrats—hours that the civil engineering and English double major now can solely devote to schoolwork.

Well, almost. Sayre still manages to keep a pretty tight extracurricular schedule, leading production of The Observer and overseeing The Athenian. She also spends time with her sorority, Sigma Psi, when time allows.

When she’s not working on producing publications or reading her textbooks, Sayre gets her escape from “watching stars and reading silly books,” she said.

So what else is there to know about this North Canton native? Find out in this week’s five questions.

1. What was the first album you ever purchased, and what was the medium (record, cassette, CD, etc.)?
The first one I bought would have been Linkin Park’s Meteora in CD fashion. I still find it to be a decent album, admittedly, though it’s not the first thing I’d jump to if you asked me to choose something to listen to.

2. What would you like to see win “Best Picture” at the Oscars—whether or not it was nominated?
For best picture, there’s this movie I ran across a week or so ago that just awed me. It was called Upside Down, with Kirsten Dunst and Jim Sturgess. The imagery was breathtaking and it was a good Valentine’s Day movie.

3. What moment at Case Western Reserve stands out as most memorable (so far)?
As it would have it, election night at the Jolly Scholar actually still stands out the most. There was just so much energy and so many people all there to celebrate a ridiculous amount of effort and a hard-fought semester. We were just waiting for that projection, and when it happened, the room exploded in cheers.

4. What is one thing people would be surprised to learn about you?
I was born in Europe and I’m actually half Taiwanese. The latter usually causes people to take a second glance and most people don’t see it.

5. What is your favorite thing about Case Western Reserve?
The open-minded diversity that we keep in each of its students, staff and faculty. I’ve studied for brief amounts of time (summers and such) at various other institutions for a plethora of reasons, but I’ve always found that the one thing that all of these places lacked was something that made them stand out in my mind. Case Western Reserve, in my mind, stands out because of the people and how we make our own place here, our own names, and each one of us has something to bring to the table.