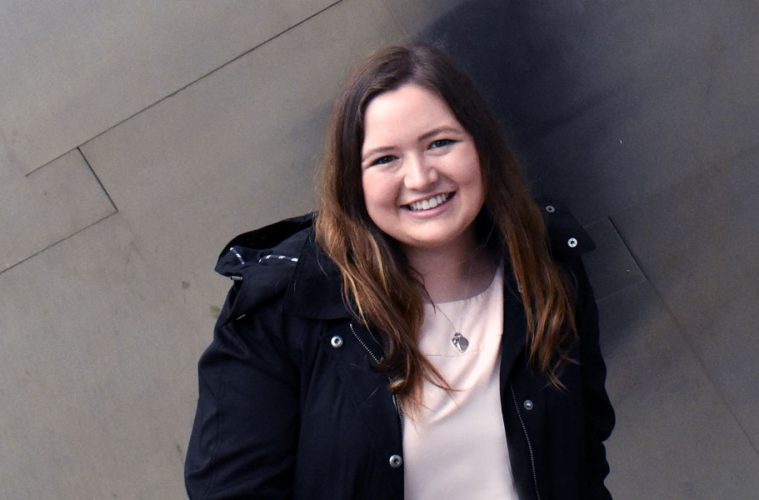 Caroline Gray, a biology and business management student, wanted to leave her mark on Case Western Reserve University. So as a senior, she led the recently formed Student Presidents’ Roundtable, an organization that governs the non-financial business of eight of the largest student groups.

And now, as the end of her undergraduate career nears, she is leading the effort to organize Legacy Week, a collection of events held April 23-28 that aim to celebrate Case Western Reserve’s history. The week will include “pop-up” events across campus, a student awards ceremony and a pep rally, and will conclude with SpringFest and the Hudson Relays, one of the university’s longest-held traditions.

Each event throughout the week will feature information about the university’s history, or a giveaway related to the week’s theme: “Better Together.”

“We see it as a time to reflect and look back on how far the university has come and to really try to connect students a little bit more to the roots of the university,” Gray said.

The members of Student Presidents’ Roundtable recognized that many Case Western Reserve students were out of touch with the institution’s history and wanted to try to do something about it. Student Activities and Leadership already was planning a history week, so they joined efforts to celebrate CWRU.

“You go in Millis [Hall] and you have the Nobel Prize wall, but most people don’t really know who those people are,” Gray said. “You don’t really feel very connected to the alums.”

She’s hopeful that after Legacy Week, students will feel a greater connection to one another and to the university—and continue to feel that connectedness after they graduate and become alumni.

The hope is that the event also will become an annual tradition. 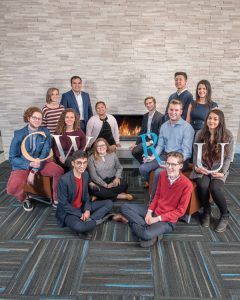 Members of the Student Presidents’ Roundtable

When Gray began leading Student Presidents’ Roundtable, she knew the group had potential to make major changes to student life at Case Western Reserve, and Legacy Week is right in line with her goal.

“I really thought that having this newly separated body was a really unique opportunity to explore more of what the presidents could do in terms of collaboration with one another and also just in terms of making progress as a collective student voice,” Gray said. “As much as some of our organizations advocate for students or to put on programs, it’s always more influential when they collectively make a statement.”

Get to know this campus leader better with this week’s five questions.

1. What’s your favorite place to grab a bite to eat in Cleveland?
I’m from Cleveland, so I’ve actually been here not just for four years, but actually for 12 years. I think my favorite brunch place is Lucky’s Café in Tremont, and my favorite dinner place is The Black Pig in Ohio City.

2. Where would you like to travel that you’ve never been to?
I really want to go to Italy.

3. What is your biggest goal for 2018?
Moving to Boston and getting settled in there as I start my new job [at Accenture] is a pretty big goal.

4. If you had to pick another field to work in or study, what would it be?
I kind of already feel like I’m doing this because I’m a bio major, but I’m going into management consulting. Sometimes I think about studying art history because I took AP art history in high school and I’m just really interested in art.

5. What’s your favorite thing about Case Western Reserve?
My favorite thing about Case Western Reserve is that anyone can be a Spartan. I think we have over 200 different student organizations, which shows me that there’s a really wide and diverse set of interests within our student body. I think it’s amazing that students want to pursue so many different things and have so many different activities and ways that they like to spend their time. Because there are so many, there’s always a club for you. I almost never meet a student who isn’t involved in some activity on campus, or in some club. That’s really great that students feel like there’s a way for them to be involved, no matter how they like to spend their time.