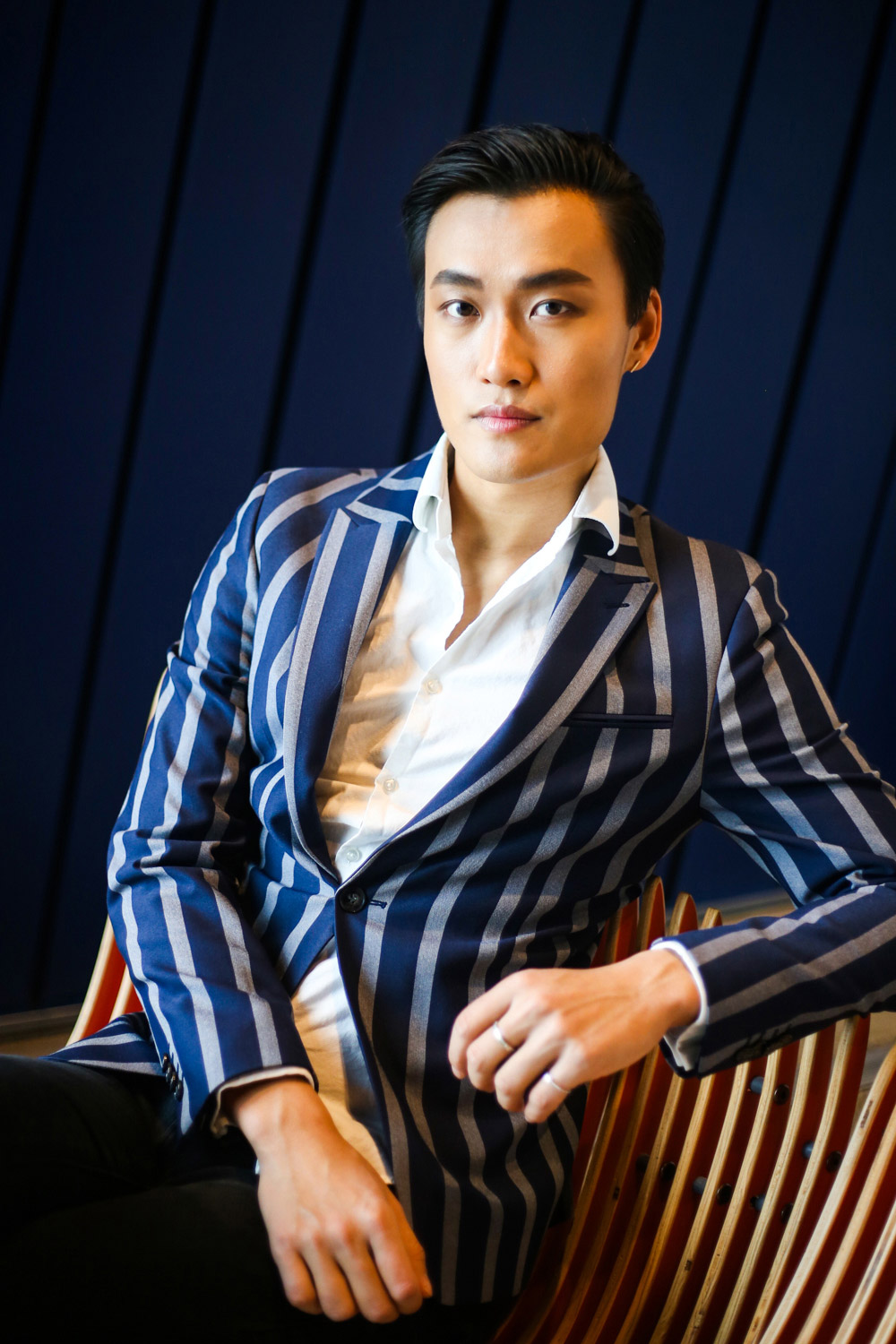 After Enyou Wang’s first acting class at Case Western Reserve University two years ago, the instructor, theater lecturer Anaya Farrell, pulled him aside. She immediately recognized his innate fashion sense and authentic presence—that inexplicable “it” factor—and asked if he was a model. He wasn’t, but the question set him on the path to become one.

“Lots of models have a story about how they were discovered,” he said. “I wasn’t discovered, but I was encouraged.”

Wang’s instructor referred him to a talent agency, and shortly thereafter, he was signed. Months later, he appeared in a television commercial.

Wang, a senior studying marketing and vocal performance, is now a recognized name on Instagram, where he has 128,000 followers and is considered an “influencer,” an individual with a large social media following that is a paid brand ambassador for various companies.

As an influencer, he has promoted such brands as Express, Neutrogena, Lancôme and Dior, among others.

Wang said his experiences in modeling and as an influencer have helped shape his marketing education, resulting in valuable insights into the field, including rejection, patience and working with different types of people.

“It’s just so interesting to see how such a diverse team comes together and finishes one project, with everybody putting in their perspective,” he said.

As a social media consultant, Wang helps micro-influencers—those with between 5,000 and 10,000 followers—build their brands by teaching them about editing photos, collaborating with other influencers and finding sponsorships.

His work with GLO reinforces what he likes most about Cleveland: the collaborative atmosphere among influencers and others in creative fields.

After graduation next spring, Wang hopes to earn an MBA. Regardless of where that takes him, he’d like to return to Cleveland to apply what he learned to make a positive impact on the city.

“Cleveland has great potential to grow,” he said.

Check out how Wang answered this week’s five questions.

1. What’s your favorite poem or poet?

I think music is like a poem and composers are like poets in some ways. So my favorite poet would probably be George Gershwin because of the way he expresses emotion through music. His music has been passed down for decades and never gets old.

2. Do you prefer e-readers or actual books?

E-readers. They just make life so much easier.

3. What’s the best advice you’ve ever been given?

When I first started doing my business, I met [former] Princeton [University] trustee Eva Lerner-Lam (a transportation consultant). She told me: “In order to do something incredible, you have to start small, think big and learn fast.” That’s the best advice I’ve ever been given.

4. If you were to become famous for something, what do you think it would be?

It’s probably going to be something fashion- or entertainment-related. I think I’ve got the “mojo” to do what it takes to be successful in this industry.

The people. I’ve just met so many wonderful professors and mentors. I feel like Case Western [Reserve] is a place where you can pursue what you love without worrying about cutthroat competition. Most of my professors are so understanding, and they give you all this freedom to not only learn in class, but also to apply what you learn outside of the classroom.

And then the weather—I just love the four seasons and the leaves changing colors, it’s just unreal. It’s beautiful for Instagram, too. I love the snow, even though people say it’s horrible. I think it’s kind of nice.