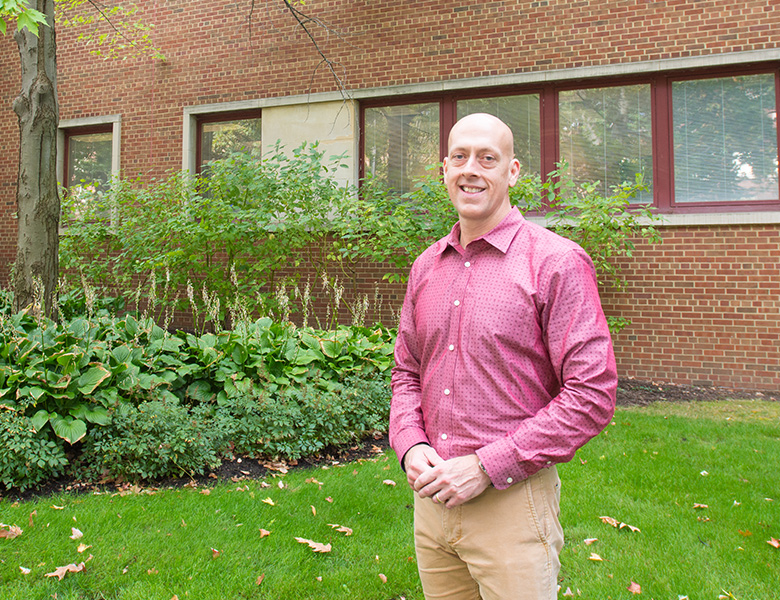 Adorning Mike Fisher’s Brooklyn, New York, apartment is a print of Cleveland’s skyline he bought years ago on Etsy, a global online marketplace of which he is now chief technology officer.

Since taking the executive-level position in August, the skyline has served as a workweek reminder of his Northeast Ohio home: where he’s raising a family, runs hundreds of miles in his free time and teaches programming as an adjunct professor at Case Western Reserve University’s Weatherhead School of Management, where he earned an MBA and PhD.

“The students here don’t just want to get an A. They want to learn the material,” said Fisher, who also recruits Case Western Reserve students to work for Etsy. “Every employer I’ve had wanted people like that on their team.” 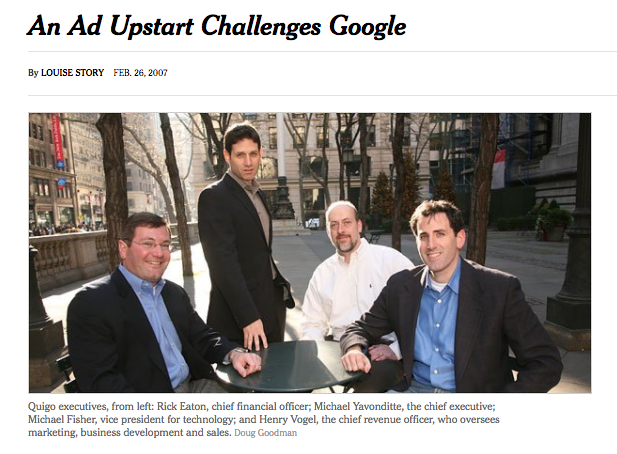 Quigo, a search engine marketing startup where Fisher (second from right) served as CTO, was featured in The New York Times in February 2007 and bought by AOL later that year.

Fisher’s service as a U.S. Army captain and pilot set the stage for a peripatetic (and progressive) professional life: With stints at GE, PayPal and Quigo—a startup bought by AOL for $363 million in 2007—it’s been a long, upward journey to Etsy, a site among the largest of its kind, with 45 million products for sale and 30 million buyers.

“Our site allows small-town artisans to find customers worldwide,” Fisher said. “It’s meaningful to me to support and protect the work of entrepreneurs.”

At Etsy, Fisher’s charge is to help expand the site’s global footprint by seamlessly increasing its speed and capacity for commerce—all while ensuring the security of sensitive personal and financial data.

“There is no 100 percent protection. There will always be people trying to circumvent security,” said Fisher, who also started his own tech-consulting firm, AKF Partners. “The idea is to stay at least a step ahead.” 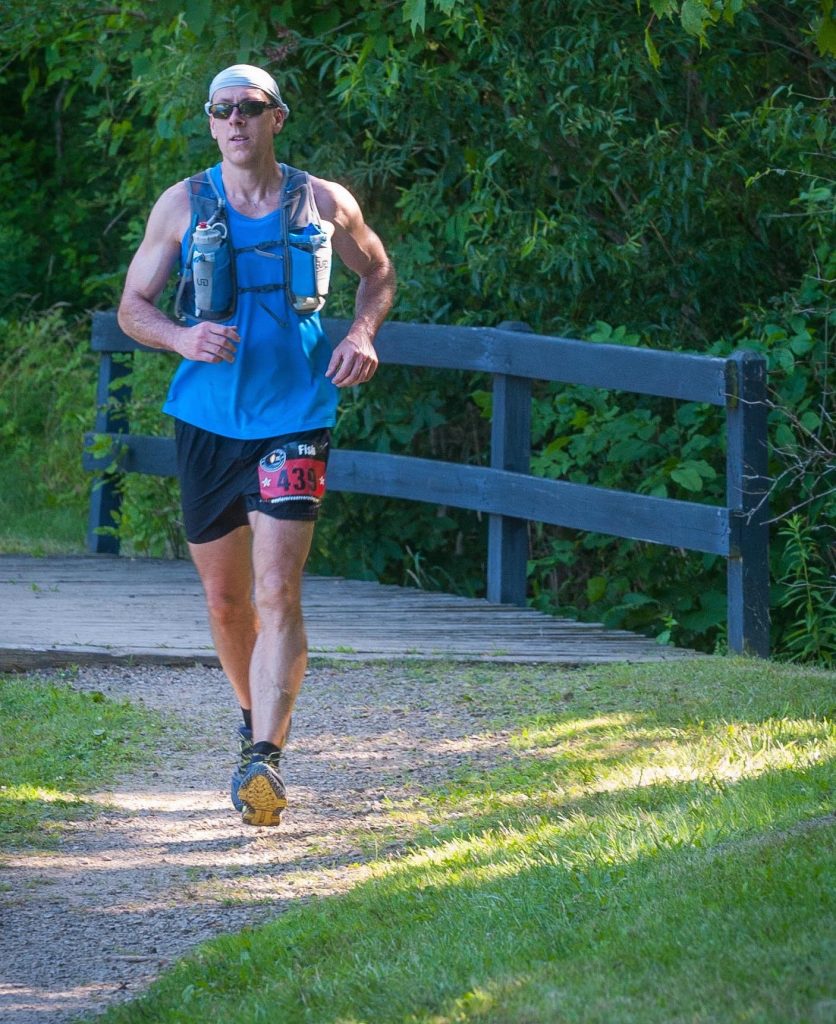 To create space to think and problem-solve, Fisher runs; he’s finished 50- and 100-mile races and others lasting 24 hours or longer. While training, he listens to audiobooks on double speed, finishing up to eight a week, from fiction to business books and everything in between.

“What appeals to me (about running) is the grit,” he said. “You never have the perfect run or race. Almost always something is wrong. But the mind is powerful enough to overcome these things.”

This notion has driven Fisher no matter how far he’s running or how far away he’s working away from home. In fact, it’s stayed as constant as the one place he’s returned to throughout his career.

Learn more about Fisher in this week’s five questions.

The architecture of the Peter B. Lewis building represents the innovative approach to management education at Weatherhead, and it never fails to inspire me as I walk through the halls.

I’ve lived in Hawaii twice and could easily be tempted to move back.

I’ve played the guitar casually for years, but someday I’d like to dedicate the time to play well.

The Princess Bride, Apocalypse Now and The Good, the Bad and the Ugly.

I really appreciate the impact that the university has had on health care and business through its research.