This week, a group of hunger- and food-related organizations on campus—dubbed the Food and Water Collaborative—came together to host Food Week at Case Western Reserve University. Through a weeklong schedule of events, they aimed to explore the inequalities in food production and distribution, and how local entrepreneurs and chefs are revitalizing the American food system. 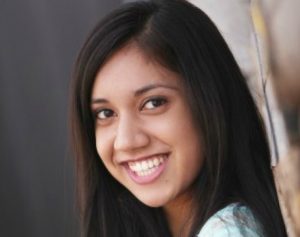 Junior Naveen Rehman helped lead the effort as a student organizer, along with sophomores Madeline Garb and Paul Halliday, and their faculty advisor, Narcisz Fejes, a SAGES Fellow.

“It’s so easy when you’re in college to get caught up in the bubble that is college life,” Rehman, a nutritional biochemistry major and executive coordinator of Food Recovery Network, said. “Your priorities become what next class you’re going to or what exam you have. But something like Food Week just opens up my eyes. We live in a community that is really impacted by these systemic inequalities in food production and food distribution.”

It wasn’t until coming to Case Western Reserve University that Rehman got her first exposure to those food-related health issues. She began her first year with her major undecided, but after taking a SAGES course on “food politics,” Rehman became interested in nutritional biochemistry. She declared her major the next semester while taking an introductory course in the subject.

Simultaneously, she became involved with the Food Recovery Network, a student organization that aims to reduce food waste and fight hunger by collecting individually packaged food that went unserved at dining halls and local restaurants and donating it to local soup kitchens.

“The thing that really struck me was how simple it was to solve this problem of food waste,” Rehman said.

Being involved with the organization aligns with Rehman’s studies and interests in public health through nutrition and healthy eating on a budget.

She brings the knowledge about nutrition and health gained from the classroom to the soup kitchens, where she volunteers weekly and teaches what she’s learned to those who may not otherwise have access to the information.

Rehman’s experiences with Food Recovery Network have not only shaped her college career, but also her professional aspirations: She plans to attend medical school and pursue a master’s degree in public health.

Food Week wraps up tomorrow (April 15). Find out about the remaining events at thedaily.case.edu/food-week/.

And get to know Rehman better in this week’s five questions.

I think Cleveland has a very underrated food scene and a wide variety of options. I love exploring Cleveland through eating and going to different restaurants.

3. What was the most influential class you’ve ever taken?

The SAGES class I took last semester. It was influential because of the professor. It was a class about the medieval ages, which, honestly, really didn’t interest me at all. But the professor made it so interesting and so relevant. I’ve never learned about history in a way that was very relevant. I absolutely loved it. It was with Dr. Lisa Nielson.

4. If you could meet any historical figure, who would you pick, and why?

I would say Alexander Hamilton for two reasons: One, because I’m a huge fan of Hamilton: The Musical. Through the songs I’ve heard, I think he’s such a fascinating character. And, two, that he was an orphan who immigrated to the United States from the Caribbean. He grew up to be such an icon in American history and contributed so much to our country. That’s a very relevant lesson in today’s political climate.

The people I’ve met and the opportunities I’ve been afforded. I think I really have found my role as a student here in Cleveland and have been able to connect with the community at large here. Case Western Reserve has really provided me with opportunities to get involved and make an impact in the community where I live.