Michelson Postdoctoral Prize winner to speak on campus this week 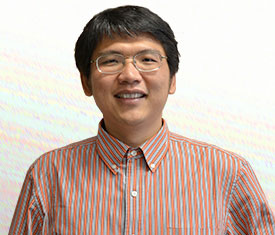 Wei-Cheng Lee, a University of Illinois research associate striving to unlock the secrets of materials that carry an electrical current without any energy loss, has won the 17th Michelson Postdoctoral Prize.

His goal, ultimately, is to help develop a superconductor to remake the nation’s electrical grid, saving billions of dollars wasted on energy lost along power lines.

Lee will discuss the history of superconductors, recent findings and possible routes to materials that maintain the coveted no-loss property at ambient temperatures in a talk, titled “To Superconduct or Not to Superconduct; That is the Question.” The talk is free and open to the campus community on Thursday, Nov. 7, at 4:15 p.m. in the Rockefeller Building, Room 301.

The Michelson Postdoctoral Prize is named for Albert Michelson, a professor at Case School of Applied Science and winner of the 1907 Nobel Prize in physics. The Michelson prize was established in 1997 and is awarded annually by the physics department at Case Western Reserve University to an outstanding junior scholar active in any field of physics.

Superconducting materials stop resisting electrical currents at cold temperatures, ranging from -452 degrees Fahrenheit to -172, Lee explained. “If we can make wires that transport electricity without resistance—which causes the grid to lose 7 to 10 percent of the energy—it would save more than $1 billion annually,” he said.

Lee, 36, a condensed matter theorist and postdoctoral fellow, works closely with experimentalists from UI and Argonne and Brookhaven national laboratories at the Department of Energy-funded Center for Emergent Superconductivity at the Urbana-Champaign campus.

He focuses on high-temperature superconductors. A class called “cuprates” was discovered in the late 1980s, and another class—iron-based materials—in the last decade.

Cuprates and iron-based materials don’t need to be cooled as much as the first known superconductor: mercury at -452 degrees. But the 60-year-old theory that explains how super-cooled mercury becomes superconducting doesn’t fit the new materials.

Lee and colleagues have found common and unique characteristics and properties among new superconductors, which are helping them frame questions they hope will lead to a more thorough understanding of the materials.

Harsh Mathur, associate professor of physics at Case Western Reserve, is among the faculty who chose Lee for the Michelson prize. Mathur, a theorist himself, said, “He’s unlike other theorists who they want to keep out of the lab, because they’ll break stuff.”

Lee said he’s drawn to experimenting. “My viewpoint is a good theorist should explain something real,” he said.

In addition to the Thursday talk, Lee will present a technical talk, the third of a series, titled “New Possibilities in Transition-metal oxide Heterostructures,” on Friday, Nov. 8, at 12:30 in the Rockefeller Building, Room 221.