Driven by a love of the printed word, the late Adeline Barry Davee graduated with a master’s degree in English from Flora Stone Mather College—just a year after earning a bachelor’s in the subject in 1931. 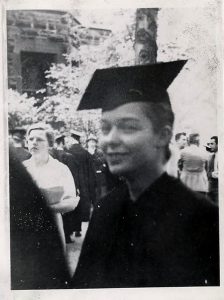 Now, more than 80 years later, Davee’s support for humanities education and the institution that is now Case Western Reserve University is taking on a new shape: The Davee Foundation, the philanthropic organization she created with her husband, the late Ken Davee, has established a $1 million scholarship fund for history students at the university.

“We are deeply grateful to The Davee Foundation for their support of students studying the humanities,” says Cyrus C. Taylor, dean of the College of Arts and Sciences and Albert A. Michelson Professor in Physics at Case Western Reserve. “Their gift helps us preserve and extend the legacy of alumna Adeline Barry Davee and her mentor, Robert C. Binkley.”

The gift continues the Davee family’s legacy of generosity to the university’s Department of History. In 1988, the foundation established the Adeline Barry Davee Distinguished Professor of History, which is currently held by Ted Steinberg. 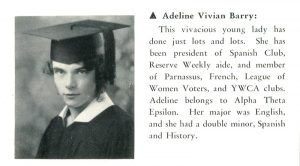 Starting the fall semester of 2019, the new $1 million gift—creating the Adeline Barry Davee Scholarship in History Fund—will begin supporting students with financial need and high academic performance, with some preference given to those from the Greater Chicago area, where The Davee Foundation is based.

Each academic year, two to five students will be awarded the scholarships, which will include part or full tuition, fees, room and board, books, school supplies and a stipend. Students must maintain at least a 3.0 grade-point average.

“Scholarships funded by this generous gift will allow us to attract additional talented undergraduate history majors, in even larger numbers,” said Kenneth F. Ledford, chair of Department of History and co-director of the Max Kade Center for German Studies at Case Western Reserve. “Now more than ever, American society needs citizens whose grasp of evidence and discerning analytical skills are honed by the study of history.” 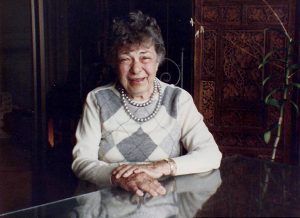 Following her stint at Mather College, Adeline Barry Davee worked for the Library of Congress and the Navy’s Records Administration, before co-founding a successful marketing research firm—Davee, Koehnlein and Keating—and The Davee Foundation, which has supported arts higher education, culture, health care and social causes since 1964.

Adeline Barry Davee passed away in 1987; Ken Davee in 1998. His second wife, Ruth Dunbar, continued the foundation’s philanthropic efforts as its president until her death in 2011.