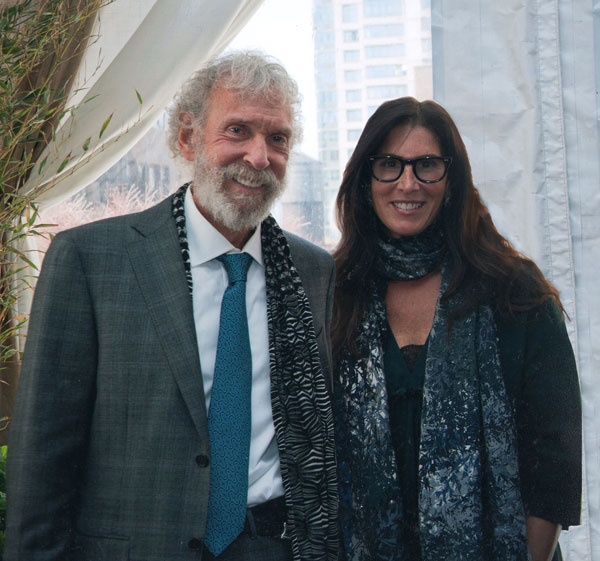 Popular music thrives as a form of entertainment, but it also influences history and culture—from songs that stoked public support for U.S. involvement in World War I to today’s artists addressing race and gender issues through their work.

To further research and awareness of the importance of popular music, James “Great Neck” Richman, Elissa Richman and the Richman Family Foundation of the Jewish Communal Fund have committed $1 million to the Center for Popular Music Studies at Case Western Reserve University.

The newly established Richman Fund for Popular Music Studies will advance Case Western Reserve’s 20-year partnership with the Rock and Roll Hall of Fame, where Richman, a Case Western Reserve alumnus, has served as a trustee for five years. The two institutions have collaborated on programs including the annual Music Masters symposium and concert.

“Elissa and I are honored to support the Center for Popular Music Studies and its unique partnership with the Rock and Roll Hall of Fame in Cleveland,” Great Neck Richman said. “We hope that our gift will help break down barriers between popular culture and academic study and encourage lively debate in the field of popular music. In addition, we want to inspire others to participate in shaping the future musically and academically for Case Western Reserve University by giving generously.”

The Richman Fund also will support research, teaching and learning initiatives for Case Western Reserve faculty and students, musical performance, public programming and partnerships with other Cleveland cultural institutions, youth programs and area schools. In addition, plans call for fellowships for visiting scholars at Case Western Reserve and the Rock and Roll Hall of Fame Library and Archives.

“We are deeply grateful to Great Neck and Elissa for their generosity in establishing the Richman Fund for Popular Music Studies,” said Cyrus C. Taylor, dean of the College of Arts and Sciences and Albert A. Michelson Professor in Physics at Case Western Reserve University. “This gift will strengthen our academic partnership with the Rock and Roll Hall of Fame, as well as further the enjoyment and understanding of popular music on campus and in the community.”

Great Neck Richman is president and CEO of Richloom Fabrics Group, a textile converter, designer and distributor of home furnishing fabrics in New York City, with subsidiaries in Shanghai, China and Gurgaon, India. He has worked for 45 years with the company, which was founded by his father, Fred Richman.

The Richmans and the Richman Family Foundation have previously endowed a scholarship to support students in the College of Arts and Sciences, where Great Neck Richman serves on the college’s visiting committee. The Richmans also have supported Case Western Reserve’s Milton and Tamar Maltz Performing Arts Center at The Temple–Tifereth Israel.

Great Neck Richman also serves on the board of overseers at the New York University Stern School of Business and the board of trustees of Atlanta’s High Museum of Art. In addition, he is associated with several New York City-area charities, including Publicolor and the Association to Benefit Children. The Richman Family Foundation has provided endowed funds for studies at Brandeis University and George Washington University, and support for many major Jewish philanthropies (including UJA – United Jewish Appeal and JDC – Joint Distribution Committee) and various political organizations.

“The Richmans’ gift allows the Center for Popular Music Studies to foster more research and critical thinking about the role popular music plays in our lives,” said Professor Daniel Goldmark, the center’s director and head of popular music studies at Case Western Reserve. “We want to reach as many interested folks as possible and bring our work to the public. Their gift will let us bring our ideas to fruition right away.”